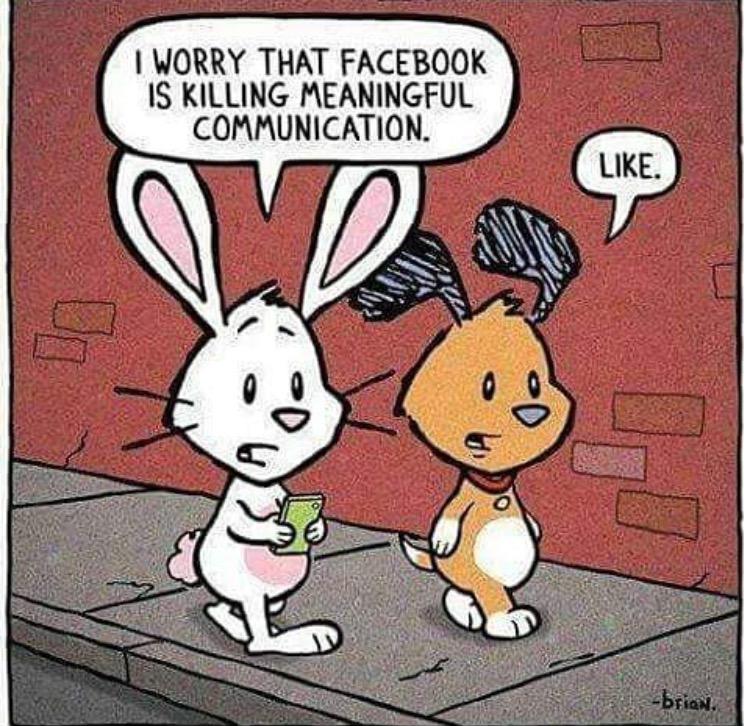 Social media allows individuals to share ideas and communicate via different networks. It has become a trend that everyone is keeping up with. Snapchat, Twitter, Facebook and Instagram are currently some of the most popular forms of social media. In this generation, people don’t ask you for your phone number anymore. Instead, they either ask for your user name or to add them on Snapchat. While the concept of creating a network that allows us to stay in touch with the people we meet it also limits the need of a more personal connection.

Social media provides us with a fast and easy way of communication; we can send a picture or a video anytime we want. It’s fun, but it can also become an addiction and it interferes with our lives. It becomes an everyday habit that has affected our ability to communicate. Social media has made it really difficult to talk to someone who is constantly looking at their phone ”liking” pictures on Instagram, instead of paying attention to you. For example, after a stressful day, I like venting to my friends but most of the time when I’m talking to them they’re on their phones and after a while they look up and say “What did you say?”. This is something that happens very often and I know I’m not the only one who gets bothered by this.

Aside from the negatives like the loss of communication there are some positives, the increase in social media platforms has given us the ability to meet people anywhere in our community and beyond. For example, I’m following people from different high schools and cities that I wouldn’t have got the chance to meet. One negative aspect of this is that there isn’t actual communication all we do is like and favorite people’s pictures, but if we saw them at the store we wouldn’t converse with them.

Recently I was at Safeway and I saw one of my followers, and though we clearly knew each other, we didn’t even bother to say hi or give a simple smile. Then a few hours later I went home and I had a message that said, “Hey, I think I saw you at the store. I didn’t say hi because I thought it would be awkward.”

Not only is social media affecting real life communication, it also is an alternate reality of how we perceive our image. Some of us lose self confidence because we create a different image of ourselves on social media. So what we post online is not always how we live our lives. Ironically ‘social media’ has made us less social. It has distanced us from others because we don’t have the need to see them since we have access to the documentation of their daily lives.

I think the main problem with social media is that we are not present in the moment. When we’re with company many of us stare at the screen instead of communicating with one another. We are accustomed to  reach out to these social networks when we are around people. A solution to this problem will be to put the phone down and limit the amount of time you spend on any social network and try talking to people face to face.