How we use stereotypes without knowing it 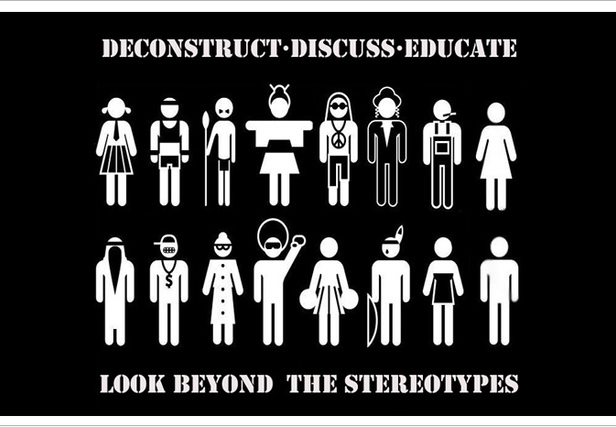 Men are strong and do all the work, Arabs and Muslims are terrorists, blonds are unintelligent, and Asians are good at math. All of what you just read are stereotypes. Stereotypes are not good, even the ones that sound positive can have a negative impact on people. We all use stereotypes without even knowing it. We have met the greatest enemy of equality, and that enemy is not a certain group, but all of us.

We live in a world of survival of the fittest, people stereotype and judge others based on race, gender, ethnicity, age, culture, and sexuality to make them feel better about themselves. Stereotypes are such a common thing, sometimes you don’t even realize when you just stereotype someone. By stereotyping we infer that a person has a whole range of characteristics and abilities that we assume all members of that group have. According to Psychology Today, “researchers who studied stereotyping had simply asked people to record their feelings about minority groups and had used their answers as an index of their attitudes. Psychologists now understand that these conscious replies are only half the story. “I don’t believe that people want to stereotype other intentionally, but they do it without releasing it; perhaps when they were kids they were influenced by cartoons, video games, and parents.”

Many people don’t care about the consequences about stereotypes, even if they’re positive or negative. For example, in 2016 when Donald Trump was running for presidency, he used some strong language to describe Hispanic immigrants. He said “They are not our friends, believe me, They’re bringing drugs. They’re bringing crime. They’re rapists. And some, I assume, are good people.” President Trump said “And some, I assume, are good people.” Really? Does he think that by saying that, everyone will forget that he just racially stereotyped Mexicans? Because of Trump, many people assume that more than half of Mexicans crossing the border are terrible people that bring crime, drugs, rape into this country. When in reality, more than half the immigrants crossing the border are poor families trying to have a better life in America. President Trump should have been more careful and shouldn’t have stereotyped and entire group.

Have you ever heard someone that is older than you say “You’re just too young to understand?” You may have not have even thought about it, but that person just stereotyped you. They are assuming that because you are younger you will not understand any adult situation. Sure, the adult mind and adolescent mind have different perspectives about life, but they are implying that you may be ignorant. This is because teens live their day to day life not worrying about what’s going to happen, while adults live in the real world. What I mean by that is they worry about their payments, their kids, and balancing time.

Another example is an Italian luxury fashion house founded in 1985 in Legnano by Italian designers: Domenico Dolce and Stefano Gabbana. They learned a stereotype lesson the hard way. This occurred when they faced a boycott after Chinese expressed outrage over what were seen as culturally insensitive videos promoting a major runway show in Shanghai and subsequent posts of insulting comments in a private Instagram chat.

During the making of the video, the two designers did not care or were not aware about the consequences from stereotyping other groups. They were going to hold a fashion show in Shanghai and thought is was a good idea to post ads on Weibo (the equivalent of twitter for China). The ads consist of a Chinese girl approaching Italian food and then saying she can’t eat the food because she doesn’t know how to use chopsticks with Italian food. Then later some DM’s were leaked from Gabbana where he called China a country of s***. I don’t understand why they would make such a terrible video stereotyping that all Asian people know how to use chopsticks. That’s not the only thing that was outraged about the video, but it is also racist content.

This article is not to shame Domenico Dolce and Stefano Gabbana, but to show that stereotyping anyone can have severe consequences. They did issue an apology video after their video got so much heat. Maybe think twice before making a stereotypical joke because no one wins in the end. It is not expected for everyone to stop stereotyping all of a sudden, but just think about the harm it could cause to others as well as ourselves.