Should athletes be forced to sign a social media contract?

Sebastian Reynoso, a senior basketball player, has been experiencing some troubles with athletes from Monterey High. There has been ongoing tweets being sent, from both sides, talking badly about each school. 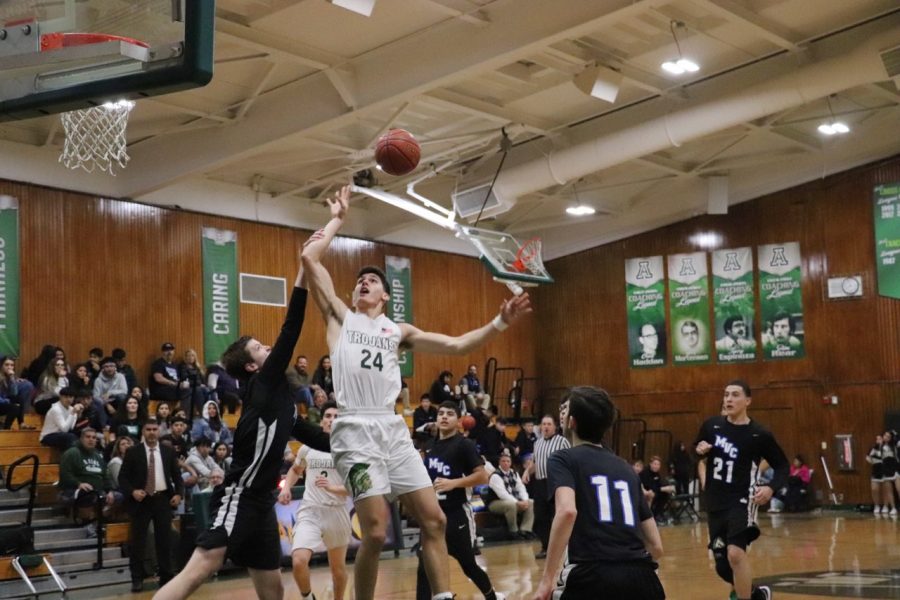 Technology has taken the world by storm. In just a click you can get any information you wish. Anywhere you go it’s likely that you’ll see people glued to their smartphones, especially their social media accounts and status updates. There are always pros and cons to social media. Unfortunately, student-athletes have been exposed to some of the cons.

Every high school sports team has had issues with their rivalry teams. This can be from trash talking during a game, to arguing about it outside of school. There have been conflicts made between athletes from different schools which initially start on social media and end on the field or the court.

There have been issues here at Alisal High School. For instance, in 2016 Andrew Rodriguez and Ruben Ortiz were involved in a conflict with other athletes from another high school during their football season. According to Rodriguez, “There have been instances where I and a few other teammates got into an argument with another school’s athletes. This occurred during my freshman year and it led to me and  the other school’s student getting into a verbal, and then physical altercation.” When asked if student-athletes should have to sign a social media contract, Ortiz stated, “I don’t think so because it’s part of the game. It’s part of trying to hype up your team when you’re getting ready for a game.”

Most schools, including Alisal, don’t have anyone monitoring what kids can say, making anyone believe that there are no limits to what they can say to others. For instance, Sebastian Reynoso, a senior basketball player, has been experiencing some troubles with athletes from Monterey High. There have been ongoing tweets being sent, from both sides, talking badly about each school. This might be seen as normal, however, some tweets being sent have made racist remarks. According to Sebastian, “Some guys from Monterey were talking a lot of trash and saying that they were going to beat us and saying a lot of racist comments. Which is pretty sad because we’re in a league where all teams are good and I just don’t think it’s respectful.” Alisal then played Monterey and won with a score of 66 to 55. The gymnasium was filled and everyone knew the tension that was built upon that court.

However, the February 11th’s game against Monterey was canceled as a result of the arguments started through social media and in person altercations that happened at the last game. This has been a rare instance where the school has acted upon these conflicts.

Since none of the schools in the Salinas Union High School District have social media contract, this could continue to be a problem. Athletic director and basketball coach, Jose Gill gave his opinion on the matter. In Gil’s perspective, it should be the athletes’ responsibility and the parents’ responsibility to have the athletes be aware of the dangers social media can bring. He said, “People are quick to say all the coaches, but in reality, we’re not the parents nor do we have the right to discipline them like a parent has the opportunity to do so. At the end of the day we know that we’re role models and, the male coaches, father figures to a lot of these kids. I think we have a huge responsibility, but at the end of the day we can only control so much.”

Despite the limitations that coaches have on athletes, school administration wants to restrict exposing them to social media in the wrong way. For instance, Juan Ledesma, the varsity soccer coach, said, “…last year it was pretty big where a lot of players from the others schools would talk smack about each other, back and forth, and about the games. I know a lot of schools are doing it, but we try and tell our players not to do it. If we find out they do then we sit them out of the game.” Due to wanting a change, many people believe that a social media contract should be made. Ledesma’s perspective on this issue is, “As a student-athlete, just like the drug contract, they should sign a contract where they say they won’t do anything bad and if they do they can get penalized.”

As for what would the process be to make a contract like this happen, Gil replied, “It is just a matter of us, as a district, saying that we think it’s important now. Unfortunately, things like that happen when there’s something big that occurs… I actually, now that I’m thinking about it, I’ll probably bring it up to the fellow ADs and tell them ‘Let’s not wait for something to happen. Let’s just start the norm now so that they can hear our expectations on social media and those kinds of things.¨