To go vegetarian/vegan or not? 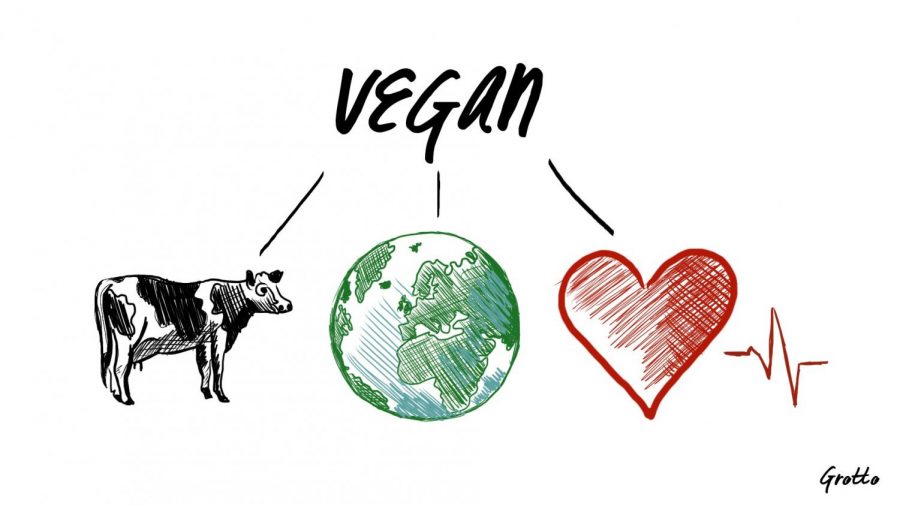 Did you know that every vegan saves nearly 200 animals per year? Also, vegans are, on average, up to 20 pounds lighter than meat eaters are. Unlike unhealthy fad diets, which leave you feeling tired, going vegan allows you to keep the excess fat off for good and have plenty of energy.

People become vegetarian or vegan for many reasons, including health, religion, concerns about animal welfare, or desire to eat in a way that avoids excessive use of environmental resources.  All are very valid reasons to try it even for a short period of time.

But what is the difference between being vegetarian and being vegan? Vegetarians and vegans often avoid eating animal products for similar reasons, but the largest difference is the degree to which they consider animal products acceptable. In terms of ethics, vegetarians are opposed to killing animals for food, but consider it acceptable to consume animal-by products.

On the other hand, vegans believe that animals have a right to be free from human use, be it for food, clothing, science, or entertainment. Avoiding all forms of animal exploitation is why vegans choose to avoid dairy and eggs, products that many vegetarians have no problem consuming.

Becoming vegetarian or vegan has become more appealing and accessible. Cruelty-free movements, cultures with largely plant-based diets, and more vegan dining options have had a huge influence. Nowadays, plant-based eating is a way to help both our planet and our own health, which are the reasons why I decided to give it a try.

But changing to plant-based eating won’t be easy, I grew up in a Mexican household, I know first-hand that it’s going to be challenging to find authentic meals that do not contain any meat, lard, or gelatin. But not impossible. The first person I opened up about becoming vegetarian was my dad. At first, he was a little concerned, but after a short explanation, he understood and said he fully supported me. After that, I proceeded to tell my sister and friends. Everyone was supportive so far, but when I mentioned it to the rest of my family at a party, their reaction was different. They made some jokes and comments about it like if they wanted me to reconsider my decision. But instead of me getting offended, I laughed with them because for me it only mattered my reasons and the support of my close family.

Like anything, adopting a new lifestyle doesn’t happen overnight. Becoming vegetarian or vegan means being more conscious of what goes in and on your body, and it can require planning ahead whenever possible to set yourself up for success.

Coming out into the world and speaking your truth no matter what that is, is HARD! As teens especially we’re worried of not fitting in, of what people’s reactions will be (mainly parents), we’re dealing with peer pressure, family pressures, academic pressures, and finding our own sense of identity and self-esteem.

It has been only a week since I changed to plant-based eating and I can say that things aren’t much different, at least at home. Now that I eat differently, my dad and sisters still eat their everyday food, while I get to cook my own to my preference.

When eating away from home things can get somewhat complicated. One day during that week, my cousin took me to McDonald’s so she could get some food. She got the same order as always, but when I had to order, all my options came down to a salad. I know that won’t be the first or last time I’ll have to get a salad, but I also know that there are many more places that offer more options for the plant-based community.

So when coming out of the “vegan/vegetarian closet”, the key is grabbing as much confidence as you can and just announce that you’ve decided to go vegan with your head held high. If jokes are made, try to brush them off. If people are worried or get angry, know that this is normal and that even if they don’t share your views, they’ll eventually learn to accept it and respect it, at least let’s hope so. Things aren’t really going to change for them, all that will change is the food on your plate.