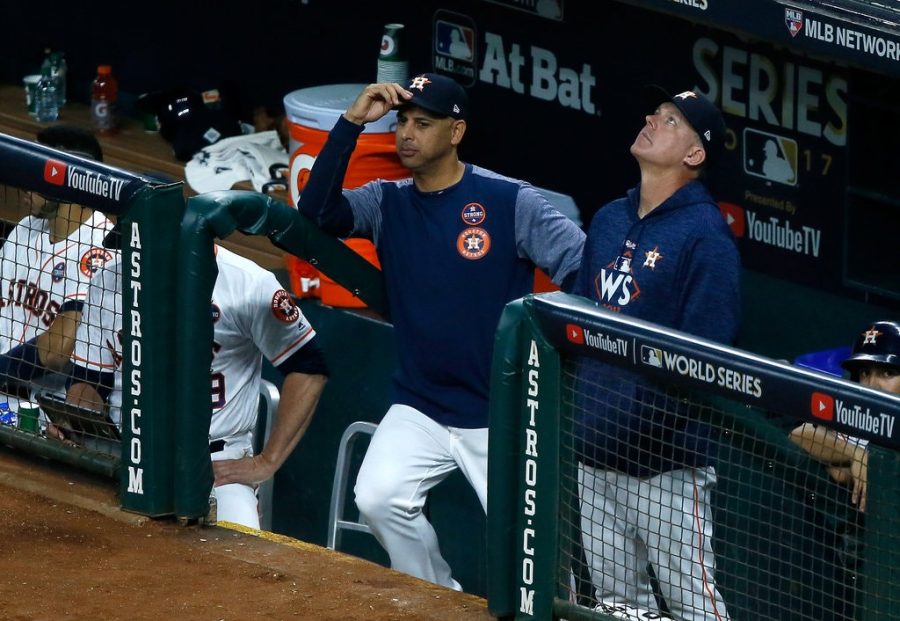 Cheating, it’s very common and happens in many different cases. It happens in school where students can pass answers around, use their phones to look up answers, or even over look at other student’s papers. People cheat in relationships by going behind their partner’s back and commit unfaithful acts. They cheat on their taxes by filing for bankruptcy, lying about the amount of children they have, and not even putting their actual earned income.

Honestly, cheating is just the effortless easy way to get around life without expecting any consequences, but in most cases people usually get caught. I personally do not agree with any forms of cheating whether it is in sports, school, taxes, or anything else. You have to work for success in life and should not take the easy route no matter what it is you are trying to accomplish.

One place where cheating is often on display is sports. Most people are familiar with the Patriots and incidents involving spying on other teams or deflating footballs. But of all the sports, Major League Baseball has had more issues with breaking the rules than most other sports. Whether it’s hitters corking their bats or pitchers doctoring the baseball, players and managers are always looking for an advantage.

An aspect of baseball that breaks the unwritten rules is stealing signs. This gives the hitter an advantage of already knowing what the pitch is going to be before it is thrown. Of course stealing signs is not illegal, but it depends on the way teams are stealing them.

Sign stealing has been around baseball since the 1800s. Do to the lack of technology in that age sign stealing was different. Usually teams would hide a person somewhere in the field and have them spy on the catcher and tip their hat to determine what ball was being thrown.

This way of stealing signs could still be relevant in today’s baseball, however it doesn’t usually happen. Right now the MLB is investigating the situation with the Houston Astros stealing pitching signs in the 2017 World series and regular season by using a camera in centerfield. This was discussed in an interview with former Astros pitcher Mike Fiers, in which he alleges the team did indeed cheat using electronic equipment. This is how the word got out and the MLB was notified and began to investigate.

The Astros would signal their batters by banging loudly on a trash and the louder the bang was determined the ball being an offspeed pitch. After the batter received the signal it was up to him to recognize the pitch and be ready to swing if its a strike or take the pitch if it is a ball. This is actually a huge advantage because the batter is already breaking down the pitch before its being thrown and the location of which the pitch is going to be.

But their focus on winning dishonestly can affect opposing pitchers. In a New York Times article, veteran Kevin Gausman, who pitched for Atlanta and Cincinnati last season, wrote “This Astros thing is bad!!!” on Twitter. “Guys lost jobs, got sent down, missed service time bc of how they were hit in HOU. Does anyone really think they only did this in 17?”

There has been a lot of talk about ways the MLB can prevent this type of cheating which includes better control over locker rooms, bullpens, and facilities, as well as the MLB hiring people with the ability to assess anything suspicious with each team.

There also have been potential punishments for the Astros – being denied draft picks (which could be a nightmare for the team considering that they have built their success off first round picks with players such as Alex Bregman, Carlos Correa, and George Springer), being fined, and also having the team forfeit their 2017 World Series title.

While any or all of these potential punishments are possible, the bottom line is that an example should be made out of the Houston Astros. While many would like them to lose their title, it wouldn’t change the fact that they won it, even if they did so dishonestly. What they definitely need to do is limit their upcoming draft picks for a couple of years and have them pay a large fine. This will ensure every other team that cheating in such a way Houston did is very unacceptable and will certainly not be tolerated in the future.

I believe that the MLB should limit the use of technology during a game to ensure that this incident does not occur anymore. If this means having people monitor and limit each team’s use of technology, then so be it. This type of cheating is ruining the great game of baseball for the opposing teams and especially the fans who pay good money to watch the sport they love.