The Weeknd: After Hours Album Review 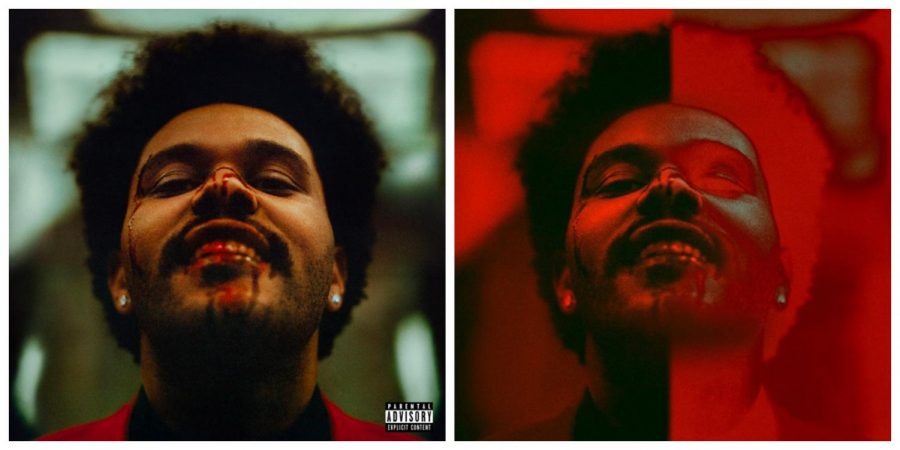 In a time when the world is at chaos, music is more powerful than ever. Since the shelter-in-place order came, people have had a lot of time to themselves and because of this, many artists have released new music. On March 20, 2020, Abel Tesfaye, better known as The Weeknd, released his album After Hours.

In total, The Weeknd has four studio albums, three mixtapes, and two compilation albums. After Hours is his fourth studio album. The artist portrays himself as a villain throughout most of the album, which he hadn’t done in previous tracks. He does this by creating an image of himself with blood dripping from his face and laughing maniacally in his music videos. However, he implemented themes he has used in the past such as heartbreak, the use of drugs, and living a disheartening life.

There is a short film to introduce the album and it features The Weeknd ending his performance at the Jimmy Kimmel Live show as he doesn’t stop grinning, but his smile soon fades as he walks off the stage. This is where the madness begins and we begin to see the chaos and unhappiness the artist portrays.

The album in its entirety is composed of fourteen tracks: “Alone Again”, “Too Late”, “Hardest To Love”, “Scared To Live”, “Snowchild”, “Escape From LA”, “Heartless”, “Faith”, “Blinding Lights”, “In Your Eyes”, “Save Your Tears”, “Repeat After Me”, “After Hours”, and “Until I Bleed Out”. The Deluxe version of the album includes three additional tracks: “Nothing Compares”, “Missed You”, and “Final Lullaby”.

*Note: Most songs are explicit.

Soon after its release, “Blinding Lights” reached No. 1 on the list and still holds that position to this day. The song soon became popular throughout various social media platforms, such as TikTok. On the app, the song was used in a choreographed dance challenge known as the “Blinding Lights Challenge” where 628,200 videos are found. The track now has 842,740,962 streams on Spotify and the music video is at 165,044,302 views on YouTube five months after its release.

Ultimately, “Blinding Lights” is about a love that was left in his past. Mostly everyone has heard of the artist’s on and off relationship with Model Bella Hadid, but if you haven’t, here’s what you need to know. The Weeknd and Singer Selena Gomez had recently split before he started dating Hadid (for the second time) in 2018. Of course this got people talking, but fans seemed to be happy that the artist had found someone that made him happy once again. Hadid and The Weeknd broke up in November 2016 and reunited in May 2018. After splitting once more, the couple got back together in the summer of 2018 and broke up during the summer of 2019. That was the last time the two were seen together as a couple, making their breakup recent and giving The Weeknd a possible motive to write this album.

The song “Heartless” is meant to portray his feelings that appeared after dwelling up in sadness, painting the image of the calm before the storm. The lyrics “Tryna be a better man but I’m heartless” and “And I’m back to my ways ‘cause I’m heartless” give us the idea that the artist doesn’t see hope for himself anymore. He seems to have given up on winning his love back, but also feeling angry about the situation. This gives the listener a sneak peek into the artist’s mind in distress. After Hours is packed with emotions from anger and regret to sadness that no two tracks repeat the same emotion consecutively.

Moving back to the melancholy aspect of the album, “In Your Eyes” is about not being able to move on from someone. Although the song has a somewhat upbeat rhythm to it, the lyrics say otherwise. “I tried to find love in someone else too many times” and “I hope you know I mean it when I tell you you’re the one that was on my mind” can once again be referring to Hadid, since their relationship was on and off, indicating that they were attracted to each other all along, finding their way back to one another. “In your eyes I see there’s something burning inside you” might also be directly tied to being attracted to each other.

The first song on the album and No. 21 on the chart is titled “Alone Again.” Since the album is designed to be a mix of emotions post break-up, it is only fitting that the first song is him touching the subject of being alone again. The track begins with eerie vibes and carries them throughout, making it seem as if being alone is daunting and the beginning of living in a tragedy. The lyrics “I don’t know if I can be alone again” repeat various times in the track, showing the listener the gateway into the artist’s mind of self doubt and fear of being on his own.

The 22nd ranked song on the list and one of my personal favorites followed by “Faith” is “After Hours.” In this track, the artist focuses on the way that his life will never be the same after meeting someone special and watching that person leave his life. At the same time, he questions where that person is and how much he needs them in his life. The lyrics “Sorry that I broke your heart” and “I’ll treat you better than I did before” prove that the artist feels regret from allowing someone special to walk out of his life.

The rest of the album carries itself on the idea of heartbreak, regret, and being reckless. It also touches on the way that we often disregard our feelings and hide what it is we are truly feeling, especially in front of those we care about. Each song has its unique style and message which is what makes this album different from the rest he has released and most albums that are put out by other artists. As mentioned before, no two tracks repeat the same emotion consecutively and that is what keeps listeners hooked into listening further. Overall, I give this album a 10/10 and more. The style is not one that is found in many artists’ vision and The Weeknd created a masterpiece in combining sadness and madness into one emotion.