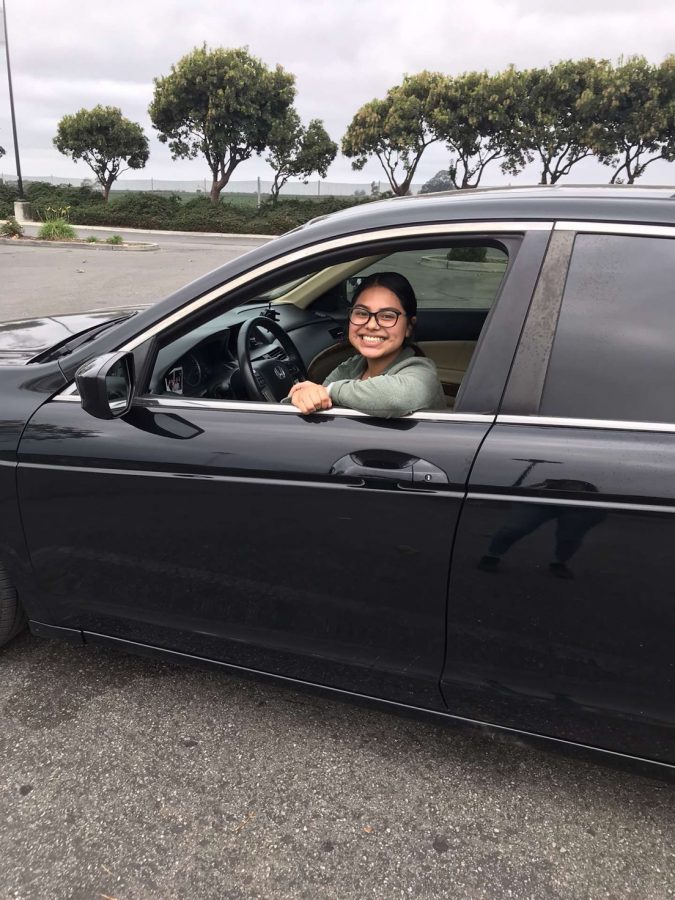 There can be quite a lot of different milestones that occur throughout a teen’s life – the first day of school, receiving a diploma, or getting into your dream college. However, only a few could be seen as a mark of independence like having your first car.

With the added excitement of learning how to drive, many teenagers realize the freedom that comes with having a car. Regardless if the car was a gift or a hand-me-down, a huge sign that reads freedom fills the teen’s mind. Senior Jorge Alvarez said, “ I felt bad enough stressing my parents to take 10 P.M. trips to McDonald’s for soft-serve ice cream, but now with my own car my midnight cravings won’t be a problem for them anymore.”

Not only do they have the mentality that they could drive anywhere at any time, but once they know that they can attend an event, appointment, a job without the added stress of asking their parents. Senior Kayla Vera said, “Usually before going out anywhere I have to ask my parents, but whenever I go to work I can just take my car without asking.”

It’s also easier for both the parents and teens since there won’t always have to be any issues with scheduling or rescheduling rides. Senior Jesus Castaneda has experienced similar issues in the past, “When doing hours especially when I’d have to stay late I’d have problems scheduling a ride back home because well I had no one that would stay around the same time as me.” Now that Castaneda has a car this won’t be a problem anymore.

While one stressor may have been removed, that doesn’t necessarily mean that all stress has magically vanished. Both parents and teens soon find themselves stressed over new ones. The main one being MONEY.

Having a car and maintaining it can surely have you reaching into your pockets almost daily. Many factors could affect the amount of money that needs to be spent on the car. Whether it’s completely on the teen, parent, or both. Gas, insurance, and car maintenance need to be considered to have a safe, reliable, and functioning car.

Junior Jesica Vargas was able to pay for her own car and manage all the expenses by working. Vargas said, “I believe I spend over $400 altogether on the maintenance, insurance, and gas,” more specifically, “ 40 dollars a month for gas, 160 monthly for insurance, and the rest has been for smog check and registration.”

Owning a car, however, does teach a person to make sacrifices because having a car means having lots of responsibilities. This is a valuable lesson to learn because according to Laurence Steinburg, Ph.D., for Edmunds.com, when a teen gets a car they’re becoming familiar with responsibilities similar to adults.

The reality is that once teens start driving, they are entering the world of adulthood. It’s simply a part of growing up and having a car will most definitely help a teen mature and become aware of their independence and responsibilities