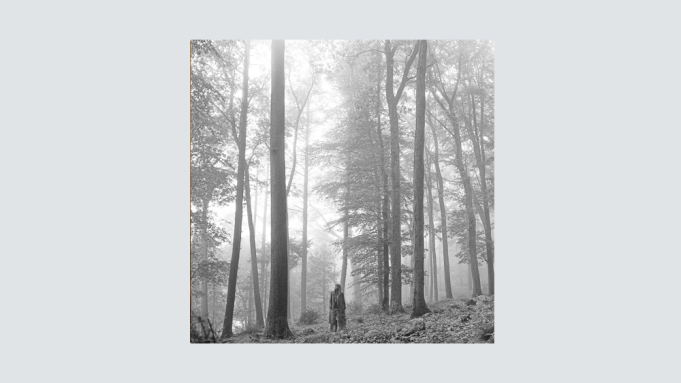 Taylor Swift’s new album Folklore is something we’ve never seen from her before. Coming from country, switching to pop, and now writing alternative, Swift shows that there is no genre she can’t write.

Folklore takes a turn from her previous bubbly pop sound, to a more mature and almost cinematic style with the amazing lyrics and provided imagery with lyric videos.

If there’s one thing we know about Swift, it is that she is an incredible song-writer and she continues to prove herself. This album she says on Instagram, is “a collection of songs and stories that flowed like a stream of consciousness.” She put herself in the mindset of different, made-up situations and wrote songs about them with different perspectives, which is what makes Folklore so much different than her usual writing. With this album, she dove into story-telling, and in some songs, really personal experiences and thoughts (fame, love, and loss).

In my opinion, this album is one of her best. It was difficult to choose my favorites, since they are all amazing in their own way. Instead, I chose the songs that felt the most emotional and really showcased what she is all about in the music industry.

Back in June 2019, Swift’s entire discography before her 2019 album “Lover”, was bought by Scooter Braun, a celebrity manager and investor. She was never even offered to buy her music from her record label. This song is a message to him, who she thought of as a friend, but later turned against her,

Starting with echoed vocals and a soft-spoken voice, within the first 30 seconds, you can feel the emotion and vulnerability of this song. Throughout the song, we hear emotive lyrics of betrayal and heart-break. For example, towards the end of the song she sings, “You turned into your worst fears and you’re tossing out blame, drunk on this pain, crossing out the good years…” We can see her reminiscing on the person she used to know and how hurt she is. This has definitely got to be in the top 5 of her most heart-breaking and raw songs.

Featured on the deluxe version of Folklore, “the lakes” by far,  is one of her most poetic songs. The song begins with a mellow violin sound which adds to a romantic, magical feeling. The lyrics are mature and sophisticated and talk about a fictional place, the lakes, where artists of all kinds can create art worry-free. Powerful lyrics like, “Is it romantic how all my allergies eulogize me?// I’m not cut out for all these cynical clones, these hunters with cell phones.” Swift really flaunts her songwriting ability with this one. The song fits perfectly with the overall theme of the album, raw emotion, and amazing story-telling.

“This is me trying”

As one of the world’s biggest artists, there must definitely be a lot of pressure on a person. She talks about this in this soft paced and nostalgic song. With deep lyrics like, “I‘ve been having a hard time adjusting, I had the shiniest wheels, now they’re rusting,” she lets us into how she felt now that she may never grasp onto the same level of success as before as she said in her Netflix documentary, “Miss Americana.” I interpret this song as a message to her loyal fan base. With the chorus being, “this is me trying,” she tells her fans that although she might never grasp that level of success from her previous albums, she’s here to stay and she will keep trying her best to keep being the person they look up to.

The only duet song on the album, “exile” is about a failed relationship. The song flows with a consistent piano melody and soft vocals. Bon Iver’s lead singer, Justin Vernon, and Swift’s voices combine together perfectly on this emotional track. In my opinion, the bridge, “I never learned to read your mind (never learned to read my mind)// I couldn’t turn things around (you never turned things around)// ‘Cause you never gave a warning sign (I gave so many signs)” is the best part. It sounds like a conversation between two ex-lovers and is perfectly produced and sung. Collaborating with such a talented indie-folk band definitely makes Folklore more credible in the “indie” world.

All the songs on Folklore are amazing in my opinion. This album is poetic, emotional, and lyrical. Swift really shone a light to her consistently incredible song-writing with this album. She continues and will continue to prove her talent. “Folklore”, her first “alternative indie” album will go down as one of her best. On a scale of 1-10, I would rate “Folklore” a 9.5.