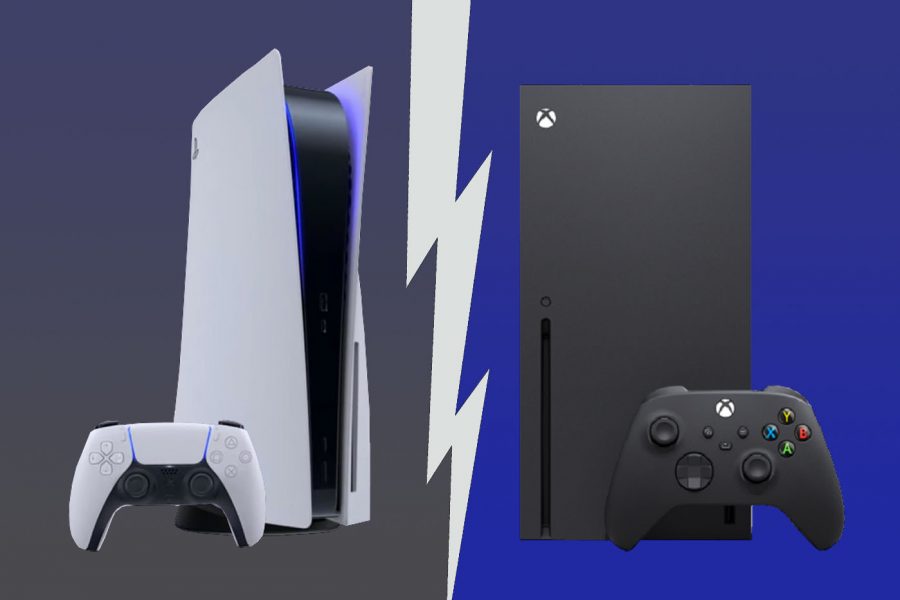 Gaming has become a part of almost every kid’s life and is very popular among teenagers and adults since they were first introduced in the early 1980s. In the span of roughly forty years, they have become so advanced that there really is no comparing the systems to their ancestors. When Christmas rolls around, gaming consoles – PlayStation 5 and the Xbox Series X – are definitely on every child’s wish list.

In my opinion, Microsoft could’ve really done better on the actual look of the new Xbox and many people have made fun of the console by calling it a “fridge”.  The shape of the Xbox is in other words a rectangle standing upright which makes sense as to why people have been rough on it. Microsoft recognized the backlash that they had been receiving and explained to everyone that the reason for its appearance is so that its fan system can work properly, this will help maintain everything inside cool and protect it from overheating. Microsoft even made light of the situation by releasing an actual fridge made to look like the Series X which will keep gamer’s food and drinks cool. The PlayStation 5 on the other hand received so much good feedback from Twitter and the Gaming Forums such as IGN and Reddit. The only problem customers have been having is it being sold out of course. Sony really wanted to give everyone that feel of being in a new modern generation of not just gaming but in the world.

The only downside in my opinion will have to be its large size but that aside the system is very sleek and it really has been given a more attractive look. The side panels come in a glossy white with the center being a solid black and if you look closely you can also see the V in the center, which is the Roman numeral five.

According to Imagine Games Network or IGN, The New Series X comes equipped with 12 Teraflops of Power including having the ability to play up to 120 frames per second. It is also compatible with any 4k TV and can even push the bar up to 8k HDR. In other words, if you will have incredible graphics for each and every scene in a game and movies as well! The Xbox will also be included with backwards compatibility for all of its previous games which isn’t new, but it is a really great feature for playing all of your favorite games from the past consoles and generations. It also includes 52 Compute Units which will be running at 1.825 GHz. This is in fact the strongest console ever built by Microsoft, but will the general population really take a look at all of its features or fall in line with the classic Console Wars?  Clock speed is measured by Gigahertz or GHz’s and the more it has the faster the startup time will be for your console and the games within. As for the Playstation 5, it includes 36 Compute Units and is running at 3.5 GHz. Each system also has their own exclusives such as Spider-Man and God of War for Sony and Halo and Forza for the Xbox. Sony once again was late to the scene, but backwards compatibility is now included as well with the PS5. The only games that will be available for the first year of the PS5’s release will be the “Top 100 Playstation Games Hit’s” and over time we will see new games added, until eventually every single game will be playable as far back as the first PlayStation.

We all know spending $500 is not cheap even if it’s every couple of years or so. Sony and Microsoft have recognized this and made a more budget-friendly version of their hardware while also bringing a lot of it’s newer features to the table.

There is really no difference between the Digital Playstation 5 and the Disc version other than it being slimmer and not having the option to Blu-Ray Movies or CD’s. The reason they came up with this version is because many people already buy their games through the Online Store rather than in person. The digital version comes in at $399 which will save gamers $100, but it comes at a risk because if you were to get banned you will be losing all of your games permanently. The Xbox Series S is almost half of the cost of the Series X and its performance is great considering its price. It supports games in 4k but not movies in 4k which is strange. It also comes with 8 less Teraflops than the Series X, and it comes in at 10GB of RAM which is only six less than the $499 version.

Microsoft really has not changed the look or appearance of their controller for the newer generation, other than only adding one more button which happens to be the share button. Keep in mind that Sony had added this feature to its Dualshock Four Controller back in 2013. On the other side, Sony has really outdone themselves this year with the all new “Dual Sense” Controller which will literally give you the ability to feel the actual game as if you were there, you also have the ability to feel rain…This is all thanks to its new “Haptic Feedback Technology” which is also the reason why it was given the name DualSense.

This year was thought to be the biggest launch of both Microsoft and Sony’s new consoles, but it was even bigger than expected. According to Engadget, there are no more PS5’s available at all, “Sony Interactive Entertainment (SIE) CEO Jim Ryan confirmed that the PlayStation 5 is completely sold out despite his best efforts to have enough stock”, Jim Ryan had plans since last year on making sure there would be enough consoles to go around, but this release was just way out of his control. According to Gamesindustry, the PS5 sold almost six times the amount of the Series X in just four days tops and it doesn’t stop there. In terms of numbers, the Xbox sold 20,534 units in six days while Sony sold 118,085 units in four days. Just because these consoles are selling out by the second doesn’t mean you won’t be able to get your hands on them. Some very dedicated gamers have been helping out the gaming community by receiving intel for when the next restock will happen for online and in-store. The account is being run on Twitter and it is being updated almost every day from what I have seen. One way you can purchase either of the two consoles is by reaching out to their own actual website where you will have no glitches and not have to worry about these online bots. For PlayStation the website is called Sony Direct and the Actual Microsoft store, and they tend to restock at 3 o’clock Pacific time.

Regardless of which console you choose, hours of gaming fun are sure to follow.