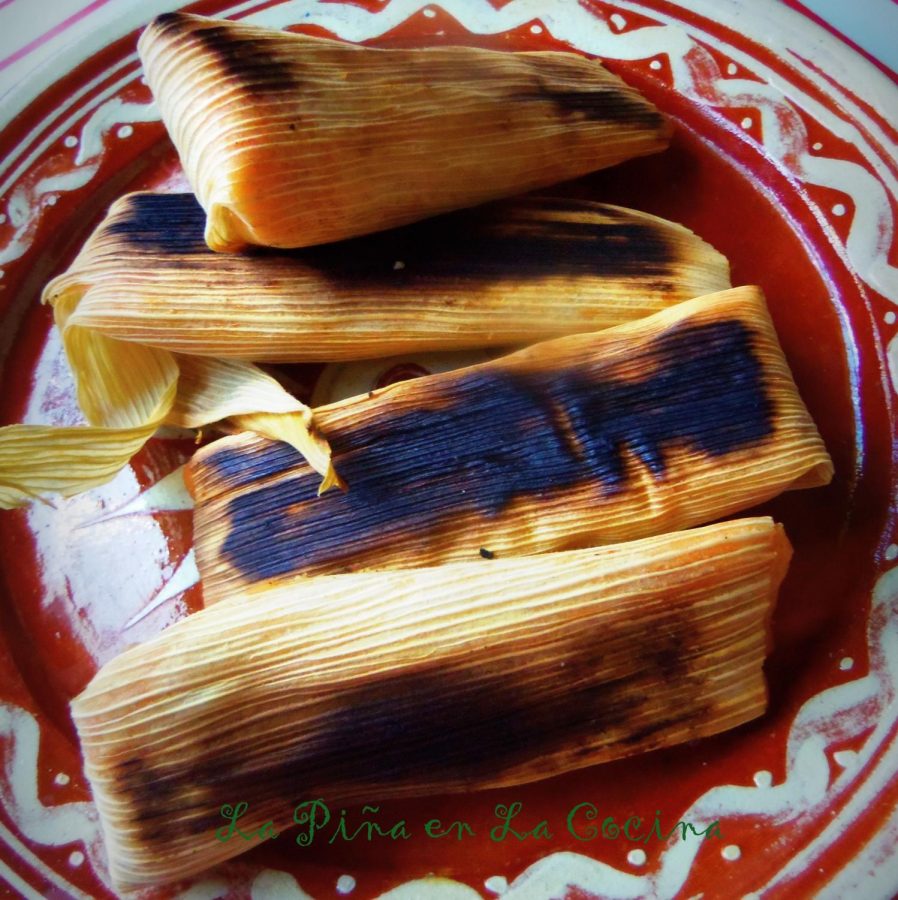 You can plan your Holiday Celebrations down to the smallest detail. You can call all your family members to double-check that they are coming, that they know what they are bringing for that day, and that you have everything planned, but sometimes things go wrong. Holidays are supposed to be a time for family and celebrating being together, but sometimes, it doesn’t go as planned.

We all know that for a great holiday we always need to have great food. For many people, tamales would be the ideal meal for Christmas. Last Christmas Eve, Vanessa Landeros was given the chance to be the ¨grown up¨ and take care of the tamales that were on the stove while her Grandma and Mom made a quick trip to the store. Vanessa says, ¨40 minutes later I smelled something burning and instantly knew that the smell came from Los Tamales. I was so afraid to find out that I couldn’t be trusted with the pot of tamales since in my family taking care of the food is a big deal since it demonstrates that you are more responsible and mature.¨ After she got her neighbor to take a look at what was happening they came to the conclusion that there wasn’t much they could do to save the tamales, which caused her to feel an immense sense of guilt/sadness ¨ I wanted to start crying so bad because I knew my mom would be really upset at me since before they left she told me `YOU BETTER NOT BE ON YOUR PHONE AND FORGET ABOUT THE TAMALES` but of course me being me  [I} got distracted and forgot about them. , When my mom and grandma got home, they didn’t get mad at me as I expected them to, but instead, they laughed with me about the situation, and our Christmas Eve dinner was In-N-Out.¨

Usually, during the holidays, all the food planning and all the preparations are up to the adults, but last year Jasmine Duran and the kids thought it would be great if they took over. ¨We all felt like this was going to be an easy task and that there wasn’t much to worry about but let me tell you I was COMPLETELY  wrong.”  Jasmine and the kids thought it would be a great idea to make one of their favorite dishes, which is Chilaquiles. “It’s really easy to make, so we thought that would be the best choice.” After hours of shopping, Jasmine and her cousins headed home to start cooking and decorating, “Once we got home my older cousin and I started distributing roles and chores for everyone to do, and my older cousin and I started cooking.¨ Everything seemed to be going great for them – they had the tomatoes and the chiles boiling on the stove, they were frying the chips for the Chilaquiles, the backyard was looking really nice, but of course, something had to happen, ¨We heard loud screaming and crying, so we ran out to see what was going on. My little brother had fallen down the ladder and was on the floor crying his eyes out. He was fine it’s just that he got terrified, but after he stopped crying we told him to be careful, and we headed back inside.¨ Once they both stepped foot into the houses they both knew something smelled funny. “We headed to the stove and saw that all of the chips were burnt and the tomatoes and chiles were also starting to get burnt and soggy, we started panicking because we were supposed to be done since it was time for us to start getting ready, so there really wasn’t enough time to start all over AGAIN so what we thought was best ways to use the stuff just like how it was since we didn’t want to disappoint our family.” The family started arriving at Jasmine’s house and everyone was scared since they didn’t want them to notice something was wrong with the food. Dinner time came along and Jasmine and the kids started serving plates for their family and then after the family took the first bite all they did was laugh and laugh. ¨We all looked at each other and started laughing even more and then we said ´se quemo ´ and we all couldn’t stop laughing because it seems like our parent know us so well because they said ´We knew this was going to happen,´ but at the end of the day it seemed that the family enjoyed and got a good laugh out of it since they said ¨You guys are in charge for next year!¨ said Jasmine

Sometimes people feel an old recipe needs to be “spiced up” a little, but Diego Medrano took it a little too literally.  Last year Christmas Eve was going great for Diego, he was having a really relaxed morning up until around 10 when his mom got a call, and then from there, everything went downhill.  “Your aunt just called, she said if we could go help her make the Pozole for later, so get ready because we are leaving in an hour.” Once they arrived at his aunt’s house he went straight to the couch since he didn’t want to help out, but his mother told him that he had to help, so he got up and headed to the kitchen. Diego was in charge of blending all the chiles and then transferring the sauce to the pot.  “I was actually not mad about the task that I got, I felt like I was in power since I could decide if I wanted it to be very spicy or if I wanted it to be decent.” Diego wanted to get revenge for them not letting him spend Christmas Eve just in bed, so he decided to add EXTRA chile. ¨The rest of my family started getting there, and they asked why I was there so early, and well I had to let them know that I had come to help, but that I was going to get revenge and that no one was going to see it coming.¨ A moment before the family started eating one of his cousins asked, “When are you going to get revenge?” and all Diego did was laugh. “My uncle started jumping and screaming asking for water, milk, ice cream, anything that would help him cool down, and then everyone else started the same, and it was just hilarious to see how spiced out they were. Maybe I overdid it with the chiles since no one could handle how spicy it was, but it was funny to see their reaction.” Since it was too much for the family to handle they forced Diego to pay for Pizza since it was basically his fault. “I guess you can say this backfired on me, but till this day it was probably one of the best Christmases ever,¨ said Diego.

Unexpected events happen, even in the jolliest time of the year. Planning everything to the last detail might not be the best thing since you never know exactly what will be happening. You can end up having to order Pizza or buying In-N-Out. Since sometimes we might burn the food or have it be spicier than it should be or maybe just have the food too soggy. But at the end of the day, the most important thing is spending the holidays together as a family, being able to make these types of unforgettable memories and, of course,  the lessons that are learned from these holiday disasters.