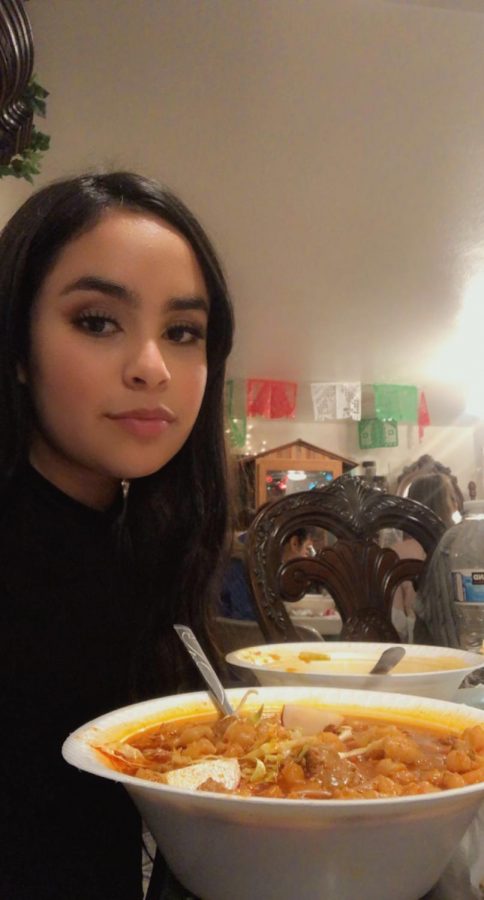 People love the holidays, whether it’s decorating, shopping, or socializing. But the one thing most people can agree on, the holidays are really about the food. Many people’s dishes during these holidays are based upon traditions, culture, and their ethnicity.

Based on an informal survey of 322 students, 60% said their favorite holiday was Christmas, the other 40% said Thanksgiving. Many students mentioned that Christmas was their favorite holiday because it was the time when they would gather with families and eat a variety of many foods they enjoyed. Helen Del Valle said, “Christmas would be my favorite holiday because even though I don’t quite enjoy cleaning it feels nice to clean and then be able to rest watch movies/shows; help cook the yummy food and also eat some of it while cooking.”

Isabel Ruiz also agreed with Del Valle and added, “Out of those two options, I prefer Christmas because I enjoy receiving gifts, and I love seeing my nieces/nephews get excited when opening gifts. Decorating the house is also fun since I enjoy decorating.”

The meals for Christmas also vary greatly, but the dish that’s eaten the most on Christmas, based on the survey, are tamales. Alondra Fernandez said, “For Christmas, I normally eat tamales, pozole, tinga, buñuelos, ponche, champurrado, and many more side dishes.” If we were to add up all the calories it would be around 1,699 according to FoodData Central. Magaly Tinoco stated, “My family usually makes tamales, pozole, champurrado and for dessert we normally eat cheesecake.” Based on what Magaly said, her meal contains around 1,217 as stated by FoodData Central. Enrique Hernandez said, “I normally eat and enjoy eating tamales, pozole, tacos, hot chocolate, chocolate cake, and cookies for Christmas.”

Regardless of whether you eat traditional or non-traditional meals, the holidays can ring up the calories. A traditional Thanksgiving plate “contains around 3,000 to 4,500 calories,” according to Consumer Reports, where a typical Christmas plate contains around “5,373 calories” as claimed by Men’s Health. On the other hand, a non-traditional plate could be “vegetable lasagna, with side salad & chips which only contains 1271 calories based on the” Calories in Wetherspoon. But whatever food you go with, the holidays aren’t about counting calories, it’s about enjoying the food and the company of others.