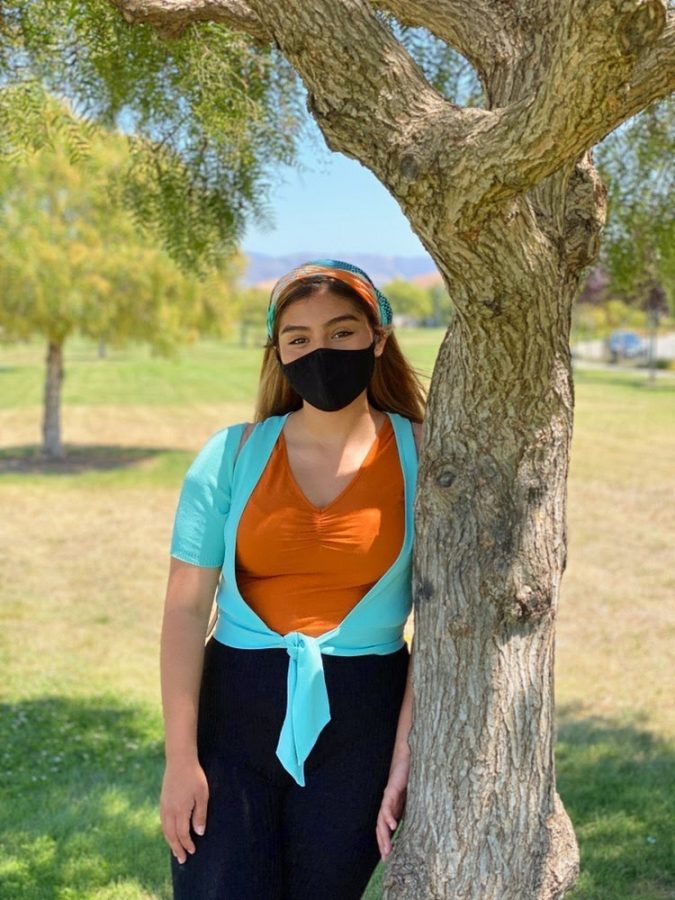 Senior Zaira Hernandez had never been to Monte Bella park until this summer until this picture was taken this summer. She had just gotten her bike and decided to ride over. “ It was crazy going and not seeing so many kids playing and families enjoying time together.”

Parks in Salinas have been closed to avoid the spread of Covid-19. Most parks in Salinas have fields and/or courts and with there being no need for caution tape to prevent people from going to the courts or fields. Many students now go to the park because it’s the area where they want to spend their free time with friends, play sports, and relax, while being safe.

The open areas are still able to be enjoyed. Senior Zaira Hernandez said that she enjoys going on bike rides around the park to get in some exercise and take pictures of her outfits or of her with friends. “It was crazy going and not seeing so many kids playing and families enjoying time together,” she said. Junior Ramon Vallejo says that he visits Monte Bella Park almost daily to jog apart from hanging out with his girlfriend safely. He agrees with the fact that parks should be closed because people can get infected, but he still goes to get his daily jog whenever he can.

Last year, Natividad Creek Park installed a dog park. Students and staff claim that taking their dogs to the dog park or just walking them around the beautiful sites of any park in Salinas is what they and their pets enjoyed. World History teacher, Zachary Jensen said that he used to visit  Natividad Creek Park at least once a month, but hasn’t gone due to the pandemic. His alternative lately has been to walk his dog by using the city sidewalks around the park. “I find it annoying and I disagree. I have a young son and it would be a lot of fun to be able to take him to the park close to my house,” he said.

Many students’ alternatives for going to the park have been staying at home and doing their hobbies at home to entertain themselves. Alexis Avila, a sophomore, said that he used to go to the park every week to play soccer, but now he has stuck to working out in his backyard to stay in shape. He misses going out to the field to play soccer, but sticks to staying indoors to stay safe.

Junior Diego Villicana said, “I agree [with the fact that parks are still closed] because we can eradicate this virus quicker if people don’t go to parks.” He said he used to play football with his friends at Monte Bella Park, but now enjoys working out at home because it’s safer.

While everyone would like the parks to be open, we will have to wait until we can go back to having parties, dates, playtime, practices, and hangouts.