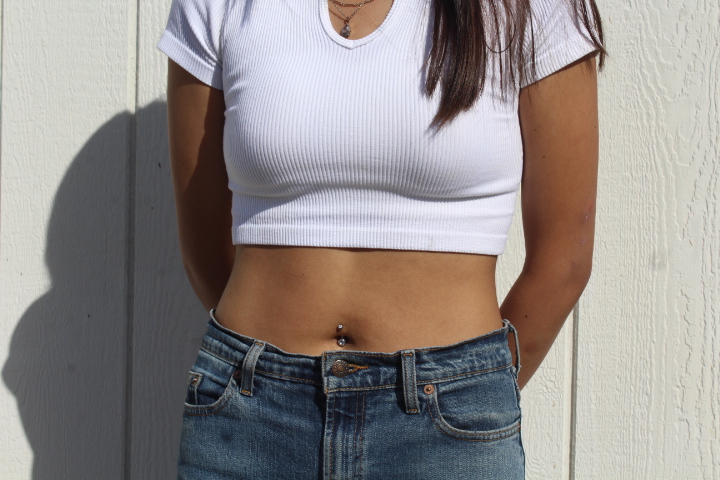 Dress codes are rules whose purpose is to “protect” students. But instead what it does is target and control teenage girls’ bodies and what they choose to wear, and that needs to change..

Alisal’s dress code talks about all the things you can’t wear like red or blue or apparel, jewelry or accessory that contains profanity, obscenity, references promoting the use of drugs, alcohol, or tobacco. Those things are reasonable and fair due to the area we live in, and it keeps students safe since it won’t cause a conflict in school that would create a dangerous learning space for students.

A big problem with the dress code is that it specifically targets girls with rules 2 and 3 – naming off the shoulder or strapless tops and bare midriffs, to name a few of the prohibited clothing items. By establishing these rules it sends the wrong message that girls’ bodies are inappropriate for wearing clothes they feel comfortable in.

This sexualizes girls and makes them feel bad for their body, this can create body image issues because of the way different body types are perceived. The dress code also talks about undergarments and though I agree with that, I have yet to see a girl break that rule. On the other hand, I see tons of guys sagging their pants everyday and exposing their “undergarments” as I walk the halls. Why is it not a problem when men do it?

In some cases showing “too much skin” could be a problem because it could give young men the wrong impression about women and the way they are perceived. If men aren’t educated on this topic, they could make the wrong regards against women’s bodies. Society already brings down women and their bodies and we don’t need school to be another space where men bring women down for something they can’t control like their bodies.

One of my male classmates wore a white tank top all day and didn’t get dress coded or stopped once, while my female classmate wore a white tank top and she got dress-coded as soon as she stepped into school. Why? Simply because she’s a girl and he was a guy. Why is it acceptable for a guy to wear the same piece of clothing as a girl but not get dress coded?

I got dress coded for wearing a brown cropped shirt that showed 3 inches of my stomach max, and a little of my shoulders – what’s the difference with that and my male classmate wearing a white tank top that exposed all of his shoulders? There is no real difference other than gender, and that is the main problem with dress code. It isn’t fair..

You’re asking, “Well what should be done about this?” While I’m not saying we should get rid of the dress code completely, there should definitely be some changes made like supervisors relaxing on dress coding girls for showing their stomach, shoulders, parts of their legs. There should still be rules about what is appropriate or inappropriate, but wearing a tank top with shorts should be acceptable for either gender to wear.