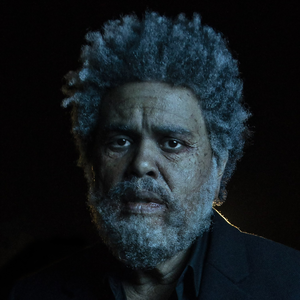 “Dawn FM”, the newest album by The Weeknd is a 16 track album that takes you through the emotions and insecurities he faces as an artist.

“Dawn FM”, the newest album by The Weeknd is a 16 track album that takes you through the emotions and insecurities he faces as an artist. The Canadian artist, (whose real name is Abel Tesfaye) is known for being able to create music that resembles that of 80s era music. With catchy hooks and pop sensibilities, it is an enjoyable album with only a couple flaws.

What you expect is exactly what you get with  “Dawn FM,” The Weeknd has built a vibe that he incorporates into all of his music ranging from “Starboy” to “After Hours,” and you can’t escape the groove. However, as an avid fan of The Weeknd’s music I was hoping for a new and different take on the classic “Weeknd Style.” However, the tracks seemed to be a repeat of the same beats. Due to this, I was only able to find 3 enjoyable tracks – Less than Zero, How Do I Make You Love me?, and Sacrifice – and found the other tracks quite bland.

“Less than zero” literally provides a hook that’ll be stuck in your head for hours, you’ll catch yourself singing the catchiest line in the song, “I can’t get it out of my head.” The second track I found enjoyable is “Sacrifice”, again the hook gets stuck in your head, and is heavily complimented by the 80’s beat (upbeat snares much like the beat in “Smooth Criminal” by Michael Jackson). “How do I Make you Love Me” has arguably the catchiest beat, and makes you reflect on the lyrics more than the other tracks. The lyrics allude a lot to the Weeknd’s mental health and internal struggle to be happy with himself and his struggle with getting people to accept him.

Of all the tracks, those with featured artists – Lil Wayne and Tyler the Creator – didn’t really satisfy me. I believe that Lil Wayne and Tyler the Creator’s styles are based on rapping while The Weeknd is more of a Pop artist. “Here We Go..Again” (Feat. Tyler, the Creator) and “I Heard You’re Married” (Feat. Lil Wayne) are the two tracks. Through years of listening to the Weeknd I’ve become accustomed to the solo style he has created and changing that formula at this point in his career is insanely controversial. I did not like how the songs flowed, and the differences between their rhythms did not compliment the songs’ flowy beats.

Looking at his previous albums, you can see the album covers and personas he takes on, and that they are telling a story. From “Beauty Behind the Madness” to “Dawn FM” we see him go from stressed, to overwhelmed, damaged, and eventually old and helpless. This could allude to the fact that the celebrity life is tiring and lonely. The Weeknd has previously stated that he felt “too exposed”, which reminds us that the celebrity life is not for everyone and comes with its own challenges. In his most recent Instagram post made on February 16, 2022, The Weeknd reposted the cover of the album with the caption “Still in Purgatory. We’re about to enter PHASE 2” this could hint at another album with a similar vibe going even more into depth into the celebrity life, this could also mean that he hasn’t gotten the chance to tell us the full details of his life. Time can only tell what direction he chooses to take his next project.

All in all, the Weeknd’s album provides both good and memorable music and an insight into the celebrity lifestyle. It provides a little of the good and a little of the bad, but the good shines through and makes you enjoy the album. The good tracks are spread out perfectly to keep you listening to the entire album. Overall, I would give the album 7/10, as it does both good and bad things, but it manages to accomplish the good things insanely well. This album would appeal to both avid The Weeknd Fans and fans of retro style upbeat music. Moving on with his career it will be exciting to see where he chooses to go with his music, the music now it’s definitely on the sadder side of the spectrum so we’ll see if there is a breakthrough moment where his music turns positive.